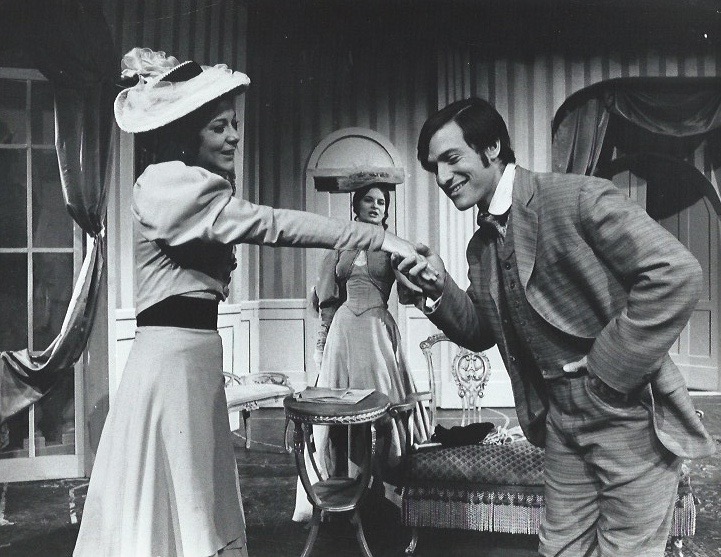 The Art of Telling a Story

In 2003, two students in Jack Stehlin’s Circus Theatricals Acting studio, asked Joel to direct them in a scene from Neil Simon’s “Chapter Two”. After their first performance in class, Jack looked around the room and said, “This is the best work you two have ever done in my class. Clearly there is a director at work here. Who directed this scene?” Joel raised his hand. “What fun”, Joel thought. Jack beamed.

Skip ahead 7 years and through a series of serendipitous events, Kathryn Graf, the actress turned playwright, asked Joel to direct a production of her first full length drama, “Hermetically Sealed” for the Katselas Theatre Company at the Skylight Theatre in Los Angeles. The play opened on October 22, 2011, to uniformly enthusiastic reviews and several award nominations, including and LA Drama Critic’s Circle nomination.

In April of 2013, the world premiere of Allen Barton’s “Years to the Day” opened on April 6, 2013, at the Beverly Hills Playhouse directed by Joel and was received with superlative notices and another LADCC nomination. The play with the original cast went on to the 2014 Edinburgh International Theatre Festival to strong reviews and enthusiastic audiences.

Joel collaborated a second time with Playwright Barton at the Beverly Hills Playhouse on the world premiere of Allen’s “Disconnection”, a searing indictment of religious extremism. Opening on January 22, 2015, the provocative piece engendered controversial notices but played to engaged, full houses for most of it’s two month run.

Skylight Theatre Company’s producer, Gary Grossman has become Joel’s mentor, staunch supporter, and friend and Joel has since directed Lynn Manning’s “Sympathy for the Devil” for the LABFest 2012 and staged-readings of Jerry Colker’s “Skepticles”, Brad Kasden’s “The Love Handles”, Chuck Rose’, “Asylum”, and Nick Podany’s, “The Book Club” for the Inkubator series which develops new works by LA playwrights.

The three skills I cultivate to do my best work in theatrical work on camera are relaxation, true presence (that precious ability to come freshly to a moment even if you’ve done it a dozen times already), and thorough preparation for the work (lines learned, character intention explored, costume, make-up, and imagination engaged). Once you are in the zone, you let it all go!

My ability to inhabit a character’s circumstances sensually; to be ‘in’ the cold, the heat, the pain, the smell, the injury, the taste of food and drink, etc. is what makes me come to life on stage. The visual impressions, the sounds of the environment around me and the sensuality of an imagined scene envelope my characters in a shroud of raw nerves as the performance ensues. You really have to see it to believe it. I feel blessed and grateful to be able to work in the field I love, and after all these years later, I’m still having fun!